New content formats and what they mean for marketers Content is evolving and if you want to survive, you should, too.

The funny thing about technological evolution is that we rarely see it coming. Computers in the living room? Ha, what a joke. Mobile phones? Who in their right mind would want to carry a phone around! Social media? Why would you want to know what everyone’s thinking about?

Yet, all these things came to pass. The skepticism of the majority has, almost by default, been followed by new and exciting marketing opportunities, too. They follow new tech and the rage against the machine like a creeping shadow from a Stephen King novel and only the brave and the Bold (see what I did there?) seize the opportunity when it presents itself.

That’s exactly what I’m going to discuss here. The next step in technological evolution, what it means for marketers, as well as which challenges and opportunities they may encounter in the near future.

The 5G technology is not all the rage yet, but I’m willing to bet you that the hype is just around the corner. The technology is so promising that it made Apple and Qualcomm, two fierce rivals who’ve been duking it out on courts for ages, bury the hatchet. Samsung has just pushed its first 5G phone and Huawei has been under immense pressure from the West for one reason only – they’re extremely capable at building 5G infrastructure.

There are multiple reasons that make 5G an exciting piece of tech. Sure, the Internet of Things and connected cars are some of them, but the one that makes it particularly interesting for marketers is the fact that it will allow a lot more video to be consumed on the go.

And oh boy, will video be consumed on the go! Don’t take my word for it, check this Statista chart out:

Researchers expect mobile video traffic to grow more than three times between 2019 and 2022. Obviously, marketers need to pay close attention and make sure they use the new trend to their advantage, but they also need to be extra careful not to ruin the opportunity. I’d say us marketers should keep an eye out on these challenges:

The good news? you’re not making a Marvel movie, you don’t need a huge team and a ton of expensive gear. But that also doesn’t mean you can use that 1995 potato of a phone you have lying around to create compelling content. There are many friendly tools these days that enable creating really great videos without a full production in place.

Keep your ear to the ground regarding search engines

With the emergence of not only video but also audio (more on that later), search engines are adapting and are bound to keep doing so. We’re already seeing this in action for quite a while now. YouTube, for example, has an automatic transcribing feature. Facebook is now actually listening to the audio in the videos you post and showing different content in your newsfeed based on the data they aggregate. All these elements will help search engines index and search through video content. And given that search engines are orienting towards context and relevancy, that’s something you should definitely keep on your radar. Even if video platforms don’t automatically transcribe your videos, make sure you add the transcriptions manually. Search engines are almost entirely interested in getting users relevant content and if the transcription can help them do that – they’ll help you get visibility.

Adjust the message to the medium

I can’t stress this enough. Different platforms have different approaches to video, and that can make or break your mobile video content strategy. You know that (annoying) mantra that almost all YouTube creators end their videos with?

While some believe this is baseless tradition being carried down from one content creator to another, without real effect, Google is actually recommending it through its Creator Academy Bootcamp. It’s recommending it because it knows it works. 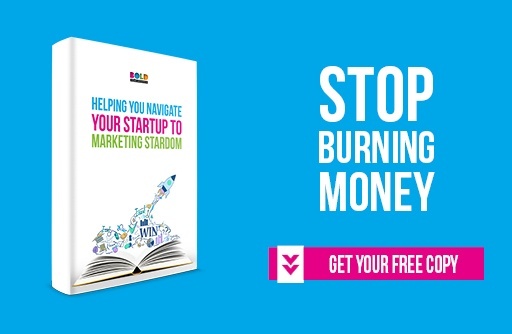 You know what else? The length of the video is crucial. YouTube encourages longer videos because they’re easier to monetize. If you haven’t already, I highly recommend you watch this PewDiePie video (it’s not really 10 minutes long, it’s much shorter than that).

What should you take from this? That you need to be extra careful and adjust your messaging to the platform you’re sharing your content in.

Audio is back with a vengeance

Video may have killed the radio star, but the radio star seems to be back from the dead, a bit transformed but stronger than ever. He’s coming back, carrying two main ‘weapons’. First, the recent emergence of the smart home speaker, whose growth seems unstoppable at the moment. From less than 50 million two years ago, to more than 225 million three years from now, that’s what we’re looking at, in terms of growth. Insane!

The second ‘weapon’ is the podcast. Its popularity is surging, especially in the US, where we’re seeing a 10% jump year-on-year. The Infinite Dial’s report says virtually all numbers are up, from the amount of people tuning in to podcasts, to those listening in their cars.

And to make things even more relevant – the podcast ad market is about to explode. Businesses that are currently throwing some cash at the general direction of podcasts are doing it from their ‘experimental’ budgets, so it’s safe to assume a surge in spending, any day now.

The rise of both podcasts and the smart home speaker means that audio is going to play a major role among content creators in a couple of years. I expect a vast majority of websites to be ‘audified’ sooner, rather than later.

I also expect, especially knowing Google has its own smart speaker device, that those websites that also come with a nicely tuned audio version will be treated with extra visibility from Google’s search engine results. This will create two distinct opportunities for marketers:

Content marketing has settled in the mainstream nicely now, but the way we build content is constantly changing. New technologies are opening up unexplored possibilities and the bravest among us, that venture first into the unknown, are also the ones that will reap the benefits first.

5G is just around the corner and it ‘threatens’ to completely change how we consume video. That will, without a shadow of a doubt, change how we create and share this type of content.

The emergence of smart home speakers and the booming popularity of the podcast promises a fully revitalized audio format. It will force us to rethink our websites and will open new content lanes that need to be used.

I also expect search engines to adapt to these new changes sooner, rather than later. It’s just a matter of time before searching through video content is old news. Websites that offer audified versions could be rewarded with better search engine results, too. The future of content is in multimedia, don’t let new technologies catch you by surprise.